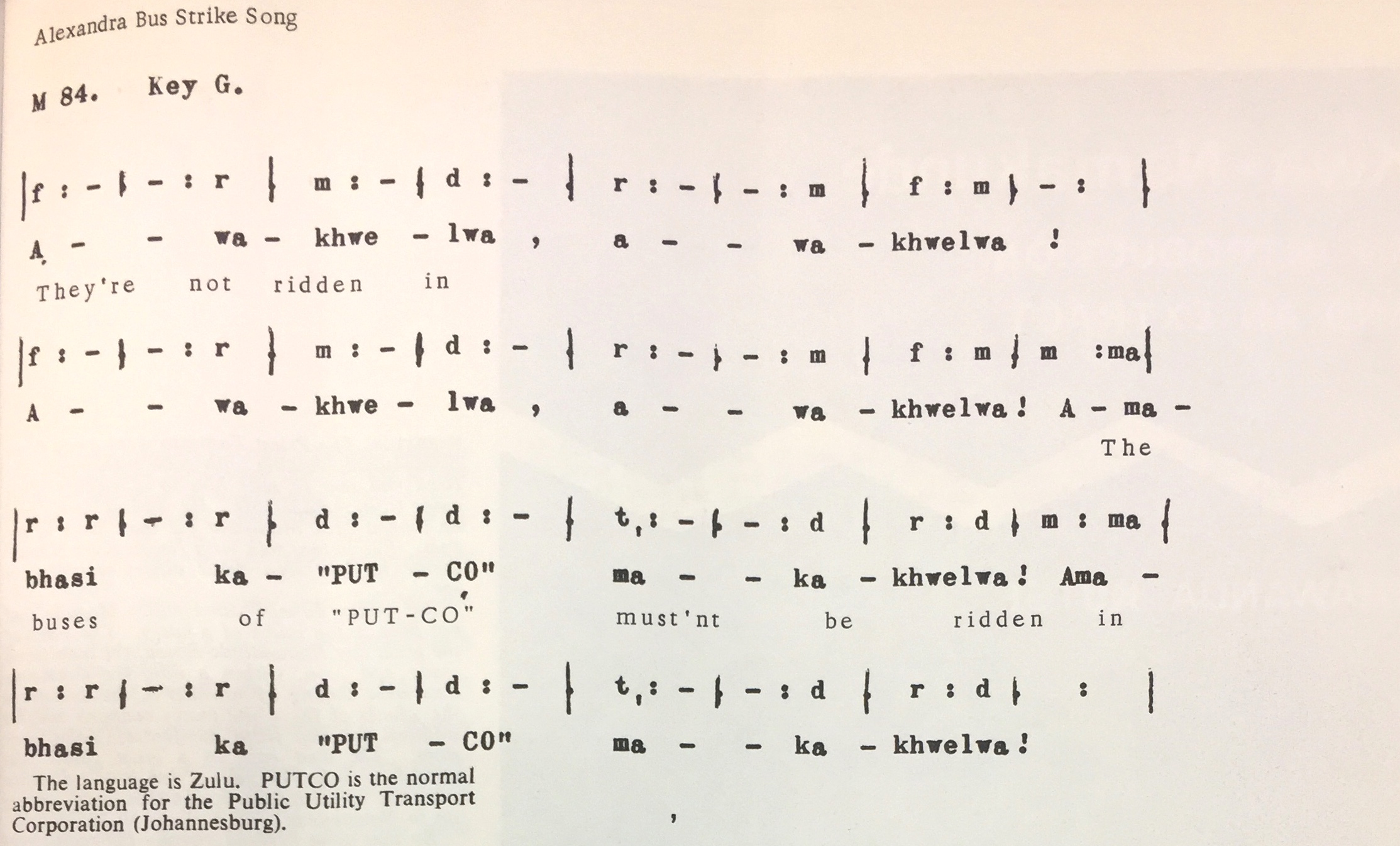 “Songs of War” set in motion several trajectories. We came across the pages with that same title while flipping through issues of The New African, not exactly knowing what we were looking for. The issue dates from May 1965, when The New African was already banned in South Africa and was produced in London instead of Cape Town. In their intro, the editors welcomed the US civil rights movement’s free- dom songs as a way to commemorate South African protest songs from the 1950s, such as those sung during the Alexandra bus strike, and printed their score. “Victories won by sound alone may be somewhat rare. But... .”

The mention of the Alexandra bus strike gave us a good reason to go back in time and take a look at the 1950s. In a 1957 issue of Africa South, we found the article “The Bus Boycott” by Ruth First—introduced as editor of Fighting Talk. (copy, paste from Inflight Magazine # 5)