With a short Intro by Dagmawi Yimer 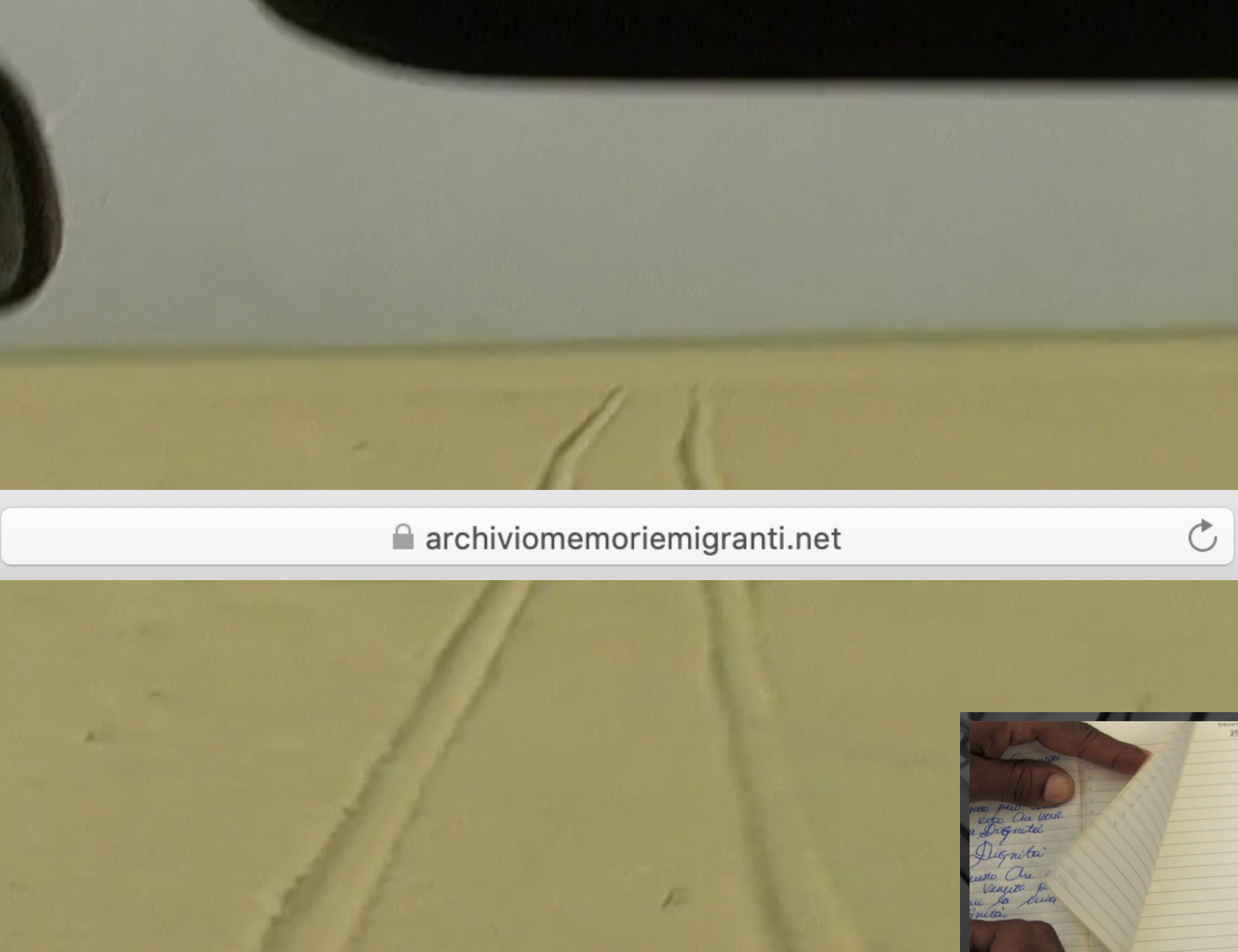 Dagmawi Yimer was born and grew up in Addis Ababa. He left his country after the 2005 post-election unrest in which hundreds of young people were killed and put in jail. After a long journey across the Libyan desert and the Mediterranean, he came ashore on the island of Lampedusa. In Rome, after having participated in a video-making workshop in 2007, he co-authored the film Il deserto e il mare (The desert and the sea) along with 5 other migrants. Subsequently he co-directed the 2008 documentary film Come un uomo sulla terra (Like a man on earth). He shot the documentary C.A.R.A. ITALIA (Dear Italy) in 2009 and Soltanto il mare (Nothing but the sea) in 2011, along with several other short films. In 2011 he coordinated the collective film project Benvenuti in Italia (Welcome to Italy), In 2013 a documentary entitled Va’ pensiero-walking stories, 2015 directed by Asmat-Names, and a short experimental documentary, Waiting 2020. He gives workshops and master classes on documentary film making and migration in schools and universities.  Dagmawi is co-founder and vice president of the association Archives of migrant memories (AMM).

"Names and bodies—Tales from the across the sea’' is a text Dagmawi prepared for the James K. Binder Lecture given on May 6, 2015, at the University of California San Diego. UCSD.